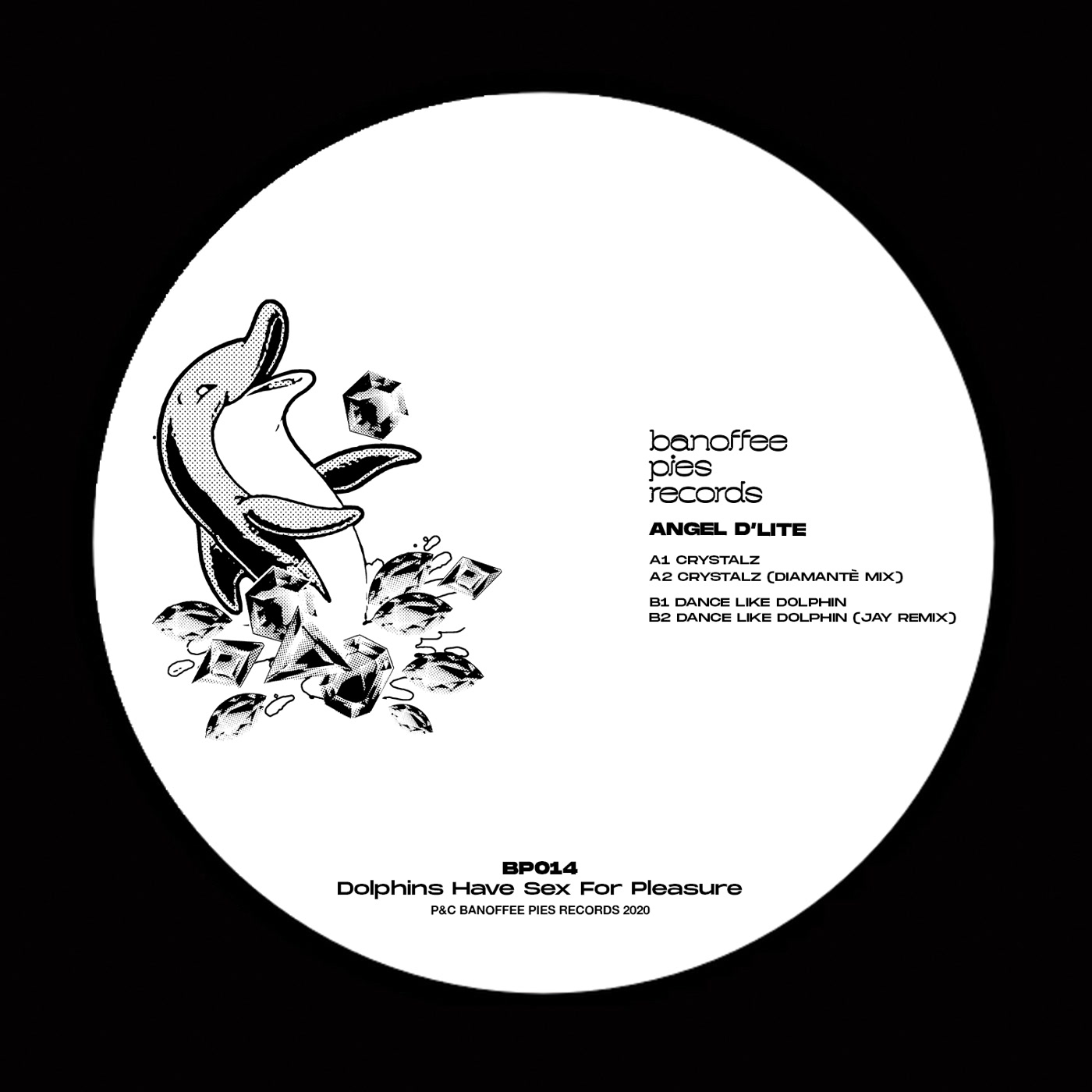 Title: Dolphins Have Sex For Pleasure

Still transmitting from Lockdown in the UK. Banoffee Pies Records 14th release in the original series comes from London based ANGEL D’LITE. A deep passion for rave and NRG with an established high-octane approach to music, heavily influenced by hardcore and early pop bangers, her debut EP further reflecting this mood. Three heavy club tracks and a broken beat dubbed remix from JAY to round things off.

The B side flips the mood with “DANCE LIKE DOLPHIN” – the original version setting the tone for early AM adventures. Junglists, sonic communications and club lazers setting in throughout the growing euphoric 90’s blends, aquatic frequencies and swirling sub bass. The remix from JAY, another London based producer, follows with an energy shift to a more minimal and rough edged depth of textures and colour, with splatters of surprise elements throughout. Everyone has a crystal and dolphin side right? Love core music from BP xx