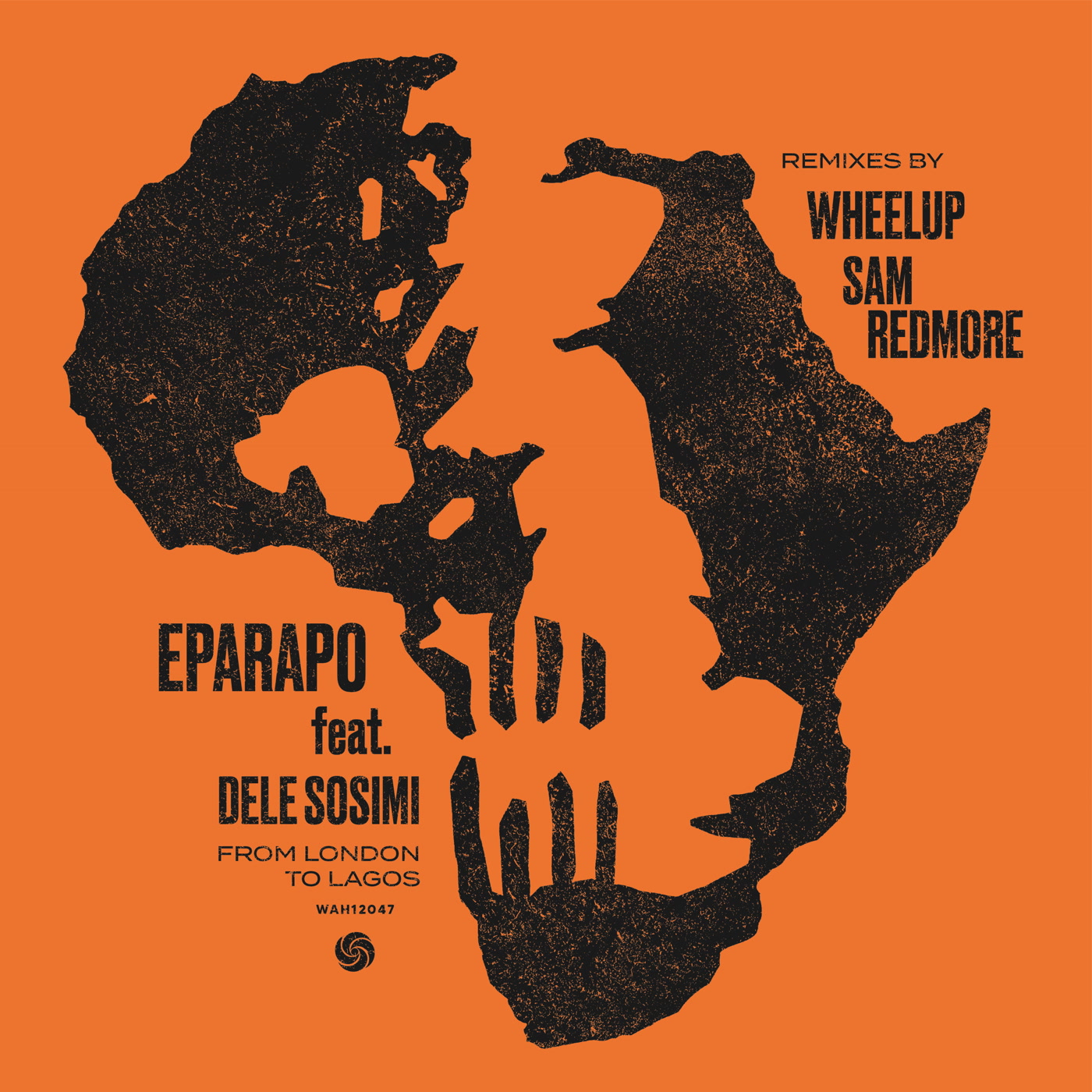 Wah Wah 45s are proud to present a new set of remixes, as well as originals released on vinyl for the very first time, from Afrobeat supergroupEparapo. Having come togetherduring the unprecedented events of the pandemic and the Black Lives Matter movement, and despite being a project born from the privations of lockdown, their music is ultimately an expression of hope, resilience & resurgence.

The word “eparapo” means “join forces” in Yoruba, the language of Afrobeat. It’s also the title of a track by the late, greatTony Allen- drummer for Afrobeat legendFela Kutiand lifelong friend and mentor of our very own “Afrobeat Ambassador”,Dele Sosimi. Not only did Tony help to invent Afrobeat, he always looked for ways to push the boundaries, never content with recreating what had gone before but constantly expanding and developing the genre. This project hopes to pay homage to his legacy, and that of Fela Kuti himself. Its aim is to innovate, fuse and diversify while still retaining the essence of the music.

The force behind Eparapo is bassist, composer & producerSuman Joshi.He has been a member of Dele Sosimi’s Afrobeat Orchestra for nearly a decade and has performed on stage with the likes of Tony Allen, Seun Kuti, Ginger Baker & Laura Mvula. He is also bassist with UK jazz ensemble Collocutor and fusion project Cubafrobeat.

Featured vocalist on both original tracks, and remixes, is the aforementioned Dele Sosimi – keyboard player and musical director for Fela’s Egypt 80 as well as Wah Wah 45s recording artist on both his solo material and the recent collaboration with house music producer, Medlar.

The rest of the group comprises of bandleader ofAfrik Bawantuand percussionist for Ibibio Sound Machine and Keleketla,Afla Sackey; highly rated UK jazz vocalistSahra Gure; saxophonist, composer, producer and bandleader of the renowned forward thinking jazz outfit Collocutor,Tamar Obsorn; keyboard player, producer and front man for Lokkhi Terra and Cubafrobeat,Kishon Khan; one of the UK’s finest and most in demand trumpeters,Graeme Flowers, who has played with Quincy Jones, Gregory Porter and many more; trombonist for Bellowhead and mainstay of Dele’s Afrobeat Orchestra,Justin Thurgur; and finally drummer for Steamdown and Sons of Kemet, as well as the man behind the Nache project,Eddie Wakili Hick.

From London To Lagoswas inspired by a talk given by writerRoberto Savianoat the Hay Book Festival in 2016, just before the Brexit referendum. In it he described the UK as the “most corrupt country in the world”. This was a reminder of how the leaders of so-called developed countries, conveniently suffering from colonial amnesia, still point disparagingly at the rest of the world and talk of “endemic corruption” and “Banana Republics”. All the while the ill-gotten gains of organised crime syndicates, corrupt multinationals and military juntas across the globe are funnelled through financial centres such as London. Same trouble, different methods, greater scale. Of course the best way to divert the population from all this is to find distractions such as populist leaders who declare their countries “world beating” and scapegoats such as refugees, immigrants and other members of the underclasses. It has always been thus but it doesn’t always have to be so.

This track was once more recorded remotely during lockdown and features an all star lineup of world class musicians from the UK Afrobeat and jazz scenes. Members of the Dele Sosimi Afrobeat Orchestra, Keleketla, Sons of Kemet and beyond have come together to create this powerhouse of a band. They encapsulate the meaning of “eparapo” and “join forces” to fight a common enemy in the shape of corrupt and divisive ideologies.

Its remix comes fromWheelUP- the moniker of West London broken beat revivalist Danny Wheeler, who here delivers something of a smoother straight up Afro flavoured house workout that’s sure to be heard across dance floors and festivals this summer. The Tru Thoughts signed artist adds gliding synths and tight drums that ride the original’s hypnotic melody perfectly and make for a future club classic.

Black Lives Matterwas obviously inspired by the movement of the same name and was the first track to be released by Eparapo in late 2020. Dele’s voice tell the story slave ships leaving West Africa in the fifteenth century, the brutal conditions that were experienced on board, and the continued suffering of the African diaspora today. As always, half of the artist’s income for this song will be donated to the NAACP – a civil rights organisation in the United States, created for the advancement of black people by means of following judicial policies.

The remix here comes from Birmingham based producer signed to Jalapeno Records,Sam Redmore. Sam’s love for breaks and beats comes into play well here, subtly chopping up the original to create a bass worrying version that still sends that very important message of justice and equality – Black Lives Matter!