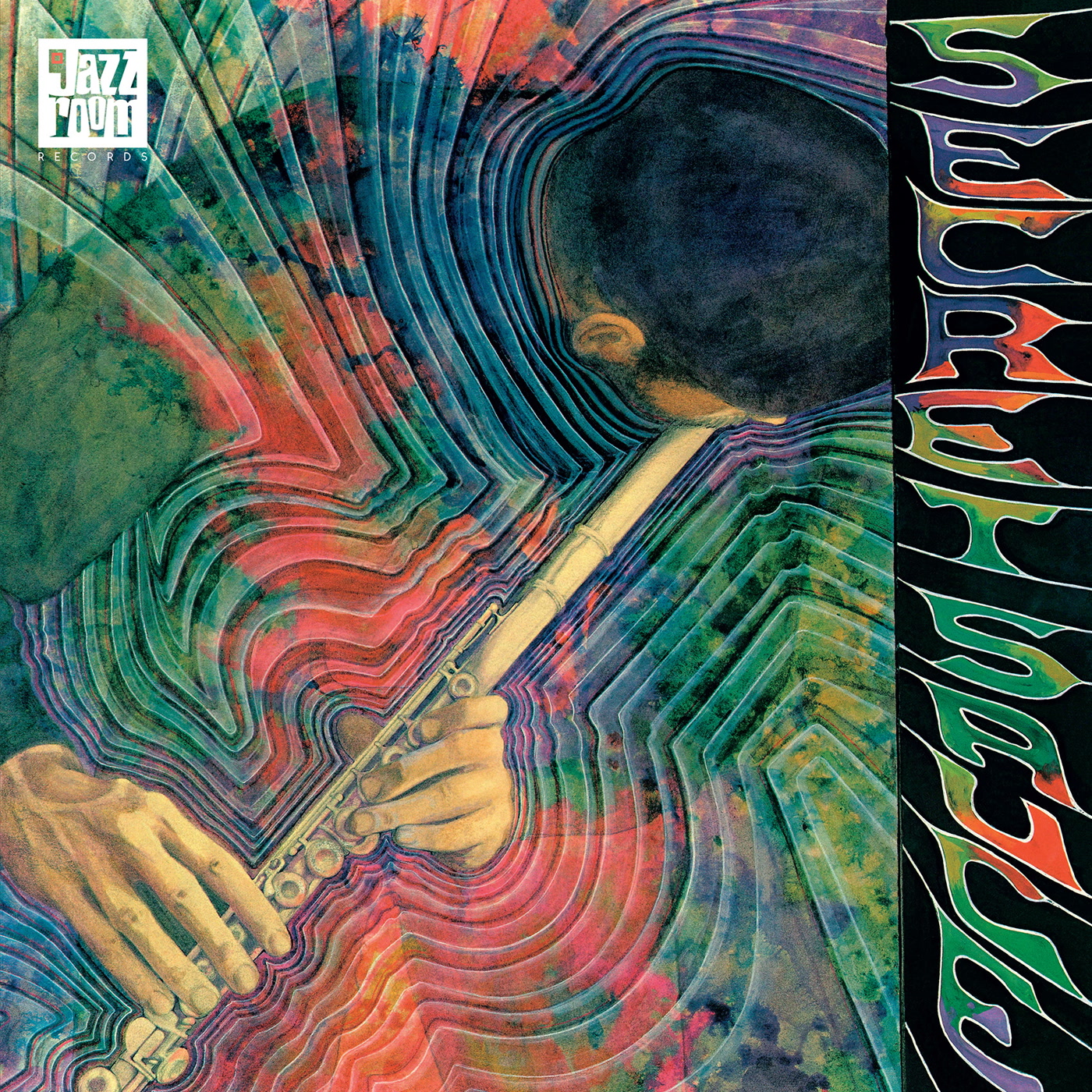 Eric Ghost is well named as he is indeed a mystery man. A contemporary (and best friend) of 1960’s Funky Jazzman Jeremy Steig his self published Private Press albums are much coveted and difficult to obtain and command high prices.

This Psychedelic Jazz masterpiece was recorded in 1975 and features Dave Valentin bassist Lincoln Goines in his studio debut as well as Jim McGilveray who went on to record with Paul Horn and The Cult.

If you’re a fan of The Blues Project “Flute Thing”, Paul Horn’s more esoteric offerings or indeed the aforementioned Jeremy Steig then this album is for you. The music is intense and demands your attention, it’s both Funky and Spiritual from the first note of “Orangeland” to the last notes of the Eastern influenced “Bizarre Bazaar”.

Eric was involved with the Counter Culture from his time in Morocco in the early 1960’s (while serving in the US Army, kind of like a Hip Elvis) until shortly after this album was recorded when under his real name, Richard Barth Sanders he was convicted of LSD Manufacture (he invented the blotting paper method of LSD distribution so could be entitled to say he was the world’s first Acid Jazzer) and sentenced to 7 years in a Federal Prison.

The album is re-issued with the original cover artwork with the correct track order for the first time.