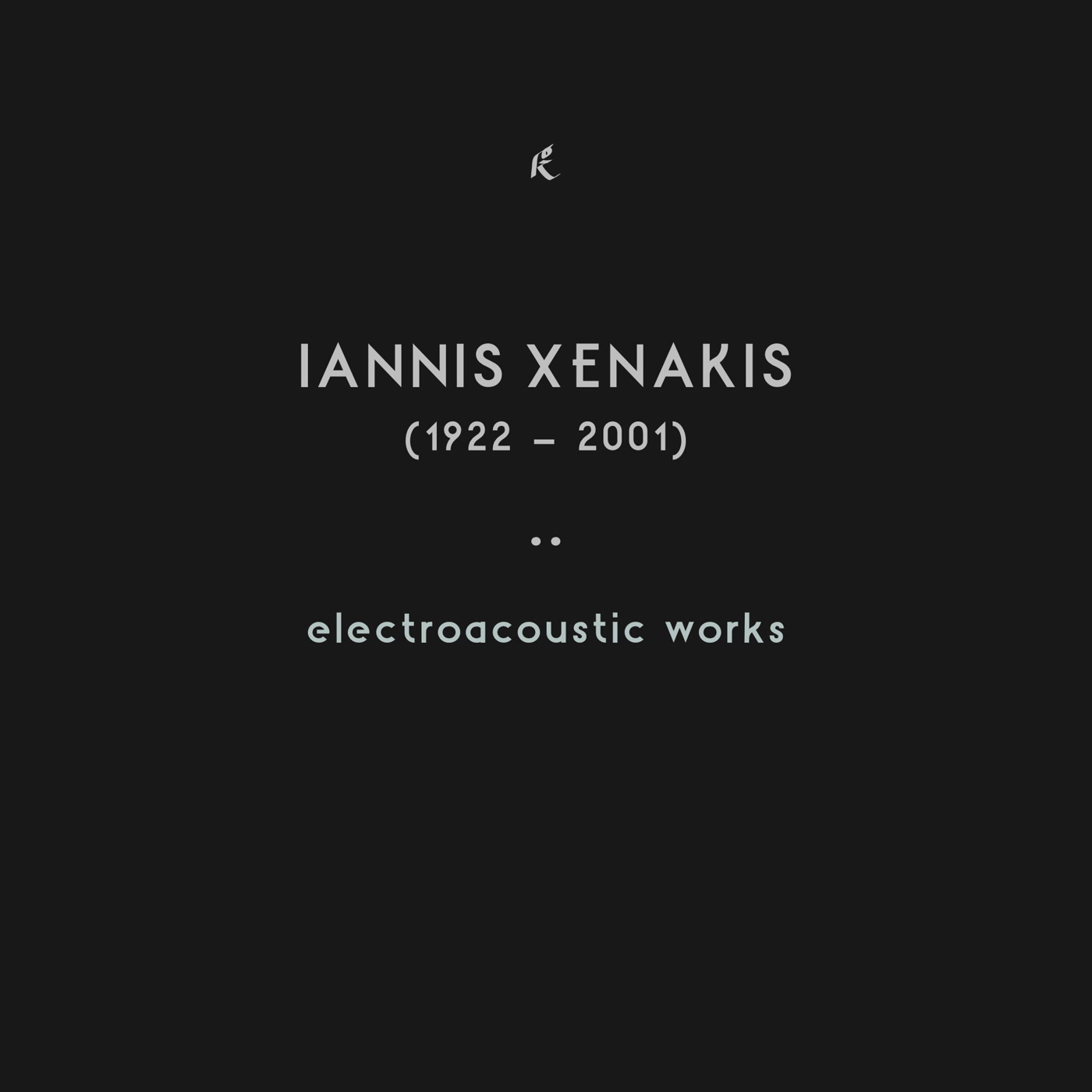 The 5 CD box set “Electroacoustic Works” celebrates the 100th anniversary of IANNIS XENAKIS (on May 29th, 2022), one of the most influential 20th century avantgarde composers. All tracks have been newly mixed by longtime zeitkratzer sound engineer MARTIN WURMNEST and mastered by RASHAD BECKER and finally reveal their full sonic range and dynamics. Booklet with English / German liner notes by REINHOLD FRIEDL (zeitkratzer) and rare photos from the Xenakis archive.

IANNIS XENAKIS (1922-2001) is one of the most important composers of the 20th century avantgarde whose influence on music can be traced to the present day – not only in the world of conservatory-trained composers but also in various streams of current non-academic underground aesthetics such as experimental electronic music, noise and industrial.

After he arrived in Paris in 1947, XENAKIS not only studied composition with MESSIAEN and later became a member of the famous GRM (Groupe de recherches musicales), he also worked as assistant to the famous architect LE CORBUSIER and realized a.o. the Philips Pavilion for the World Exhibition in Brussels 1958. His compositions often are based on mathematical principles which give his music an unprecedented aesthetic and “shocking otherness” (The Guardian). Although XENAKIS also composed for orchestra (his most famous works are “Metastasis”, “Pithoprakta” and “Terretektorh”), electronicmusic became his way for exploring new ideas and concepts and to develop new techniques like a graphic interface for sound synthesis or later, when computers were easier accessible, his so-called “stochastic synthesis”(Gendy 3, S.709 > Disc V, Late Works). XENAKIS’ first electroacoustic pieces (Disc I) like “Diamorphoses” or “Bohor” turned out groundbreaking works while the latter even caused, as MICHEL CHION put it,the “greatest scandal of electroacoustic music” on the occasion of its performance 1968 at the GRM in Paris.

His so-called “Polytopes” (Discs II – IV) were overwhelming multimedia performances with especially designed architectures, laser and light shows etc. where sometimes up to several hundred loudspeakers were used to move the sounds in space. For example his most famous composition “Persepolis”, commissioned by the Persian Shah, premiered in 1971 in Shiraz-Persepolis (Iran) as a performance including light-tracks, laser beams, groups of children walking around with torches and 59 loudspeakers to project the music in an open-air situation.

The most radical aspects of sound can be found in Xenakis’ late work and its merciless reduction to harsh, almost ruthless sound synthesis. In the early nineties, he devoted himself to the concept of a composing machine: a machine that designs everything independently and calculates the finished piece, the algorithm is the work.

For the first time, the complete electroacoustic works of XENAKIS are now availableon record – the truly overdue testimony and legacy of a restless investigator and explorer of sound. Years of source studies and comparative research by zeitkratzer director REINHOLD FRIEDL, in collaboration with sound engineer MARTIN WURMNEST, made these critically reflected stereo mixes possible, which were appropriately mastered by RASHAD BECKER and which, in addition to the aspect of fidelity to the source, put the listener in the center. Xenakis’ adventurous music can now finallybe enjoyed in its full sonic range and dynamic.

“This is the definitive Persepolis”