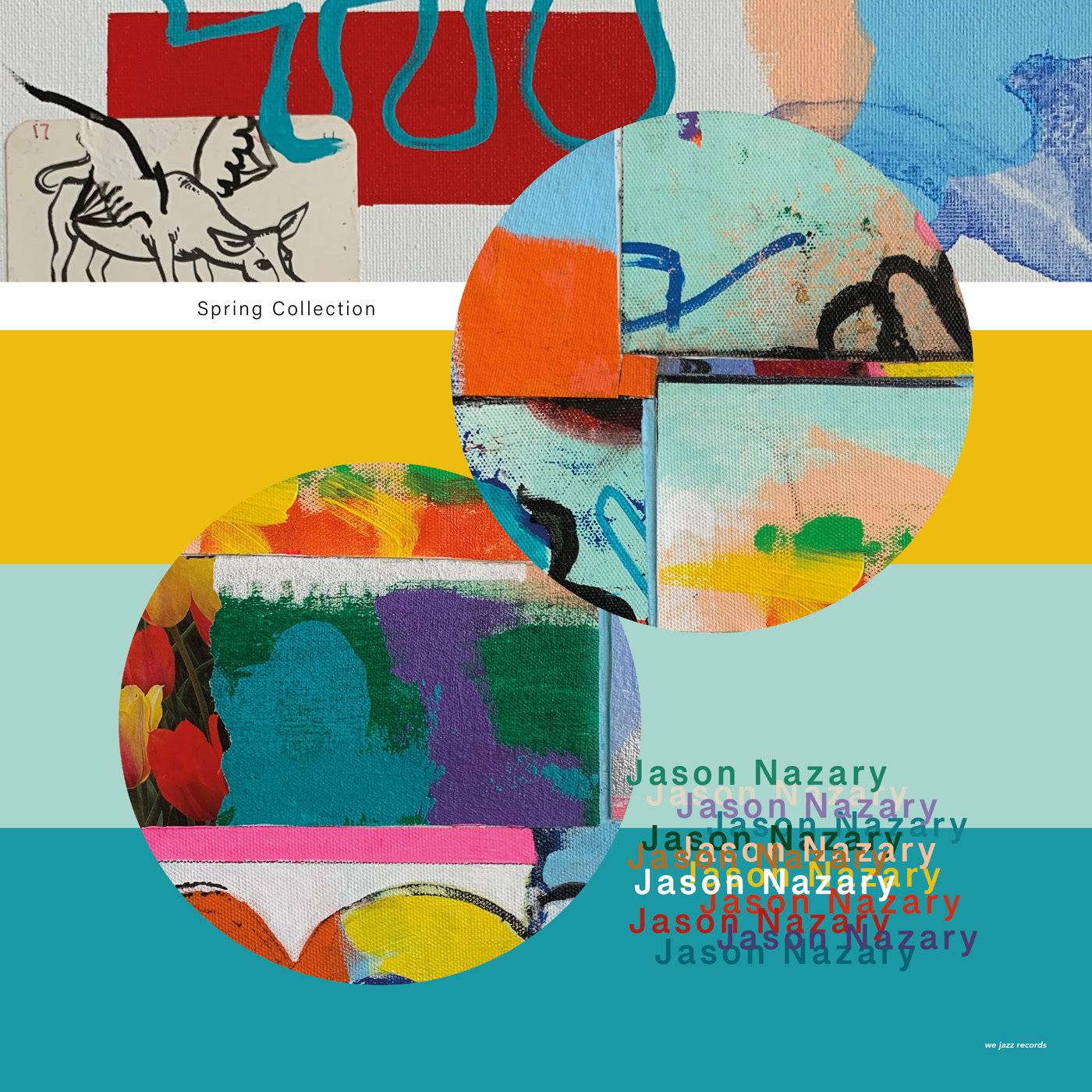 Brooklyn based drummer/producer Jason Nazary (of Anteloper) makes his We Jazz Records debut with “Spring Collection”, released on 25 June. The album sees Nazary crafting some deliciously sparkly solo cuts plus working long disctance with choice collaborators Jaimie Branch, David Leon, Ramon Landolt, Matt Mitchell, Grey McMurray and Michael Coleman. This is essentially a collection of home recordings and the whole operation has an infectious feeling of immediacy to it. The result is improv adjacent electronic music, with modern production aesthetics transposed over spontaneous compositions.

“With Spring Collection, my aim was to capture the spirit of spontaneity & collaboration lost in the absence of live music. Like most everyone else last spring, I suddenly had a lot of time on my hands and with all my work cancelled, and with an indefinite lockdown in effect, it became immediately apparent that most of my time – save a walk or two a day around the neighborhood – would be spent in the tiny one bedroom apartment I share with my wife and two cats.

What kind of music does one make during lockdown? I would begin my days with a cup of coffee and all the cables of my modest little modular set up in my lap, slowly discovering new sound worlds as I connected one cable after another – these became the beginnings for the pieces in Spring Collection. With these unformed sketches, I would record an improvisation, an exploration of sonics: a small kit of bells, shakers, pans, pots; their resonance captured in fine detail with ultra sensitive microphones. These became, in effect, a conversation first with myself, but later one I knew I had to open up, make social. In the desire not to diminish my collaborative impulses, I felt compelled to involve some of my favorite musicians in the process alongside me.”

“Spring Collection” is released by We Jazz Records on 25 June on vinyl (neon orange & black vinyl editions), tape and digital formats. The vinyl edition comes with a booklet including original artwork and poetry by Todd Colby.