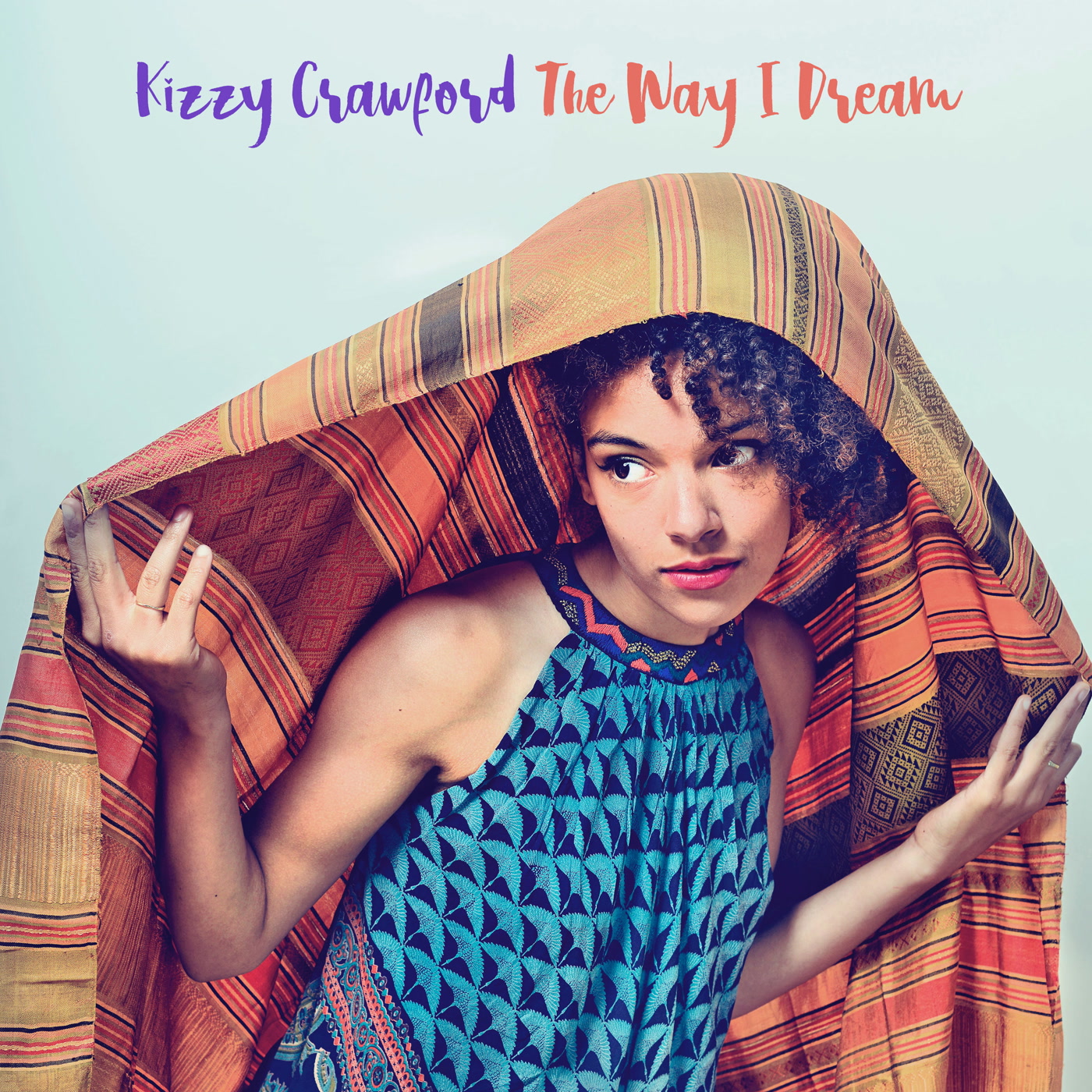 The Way I Dream is the debut long player from the enviably talented Kizzy Crawford. The 22 year old Welsh/Bajan multi-instrumentalist, singer, actress and songwriter who has already a great deal and garnered gushing praise from all those who have discovered her truly unique music.

Having a very wide and eclectic musical palate, Kizzy draws upon soul, folk, jazz, and pop and infuses her music with the best elements of all, the results set her apart from any of her contemporaries; “When I was 13 i bought my first guitar.. from Argos, before long I started creating riffs and lyric ideas and attempting to sing my own melodies and at some point when I was 14 I wrote my first song which when I played to my mother, she thought was a cover of someone else’s song”

Album opener ‘Dive‘ illustrates this adeptly, the slinky neo-soul groove is furnished with touches of retro synth, whilst beautifully crafted backing vocals provide a lush backdrop to her beautifully crafted melody line. Of the other 10 tracks that make up The Way I Dream, the stand out moments are many, including Golden Brown, the folky soul-jazz masterpiece which is an account of confronting, and dealing with prejudice; ‘Golden Brown is my grown up self talking to that little girl who felt so confused and alone telling her to be proud of her differences; her brown skin, her big curly hair, her voice, her whole self and to not listen to the words of bullies and ignorant people’.

Progression, when released as a single in the summer of 2018 instantly etched it’s unforgettably catchy chorus in the minds of dedicated soul fans and mainstream listeners alike, written about the process of maturing, Kizzy states that it is inspired by “growing up and how it can be difficult and scary at times but to remember with time and experience things will become easier”, and that’s the the essential appeal of Kizzy Crawford’s music, exceptionally well crafted and is rooted in genuine personal experience.

Kizzy’s Welsh heritage is deeply important to her, as is the language, something she describes as being very musical in tone and inflection, and she is as comfortable & adept at singing in Welsh as English as she does on Adlewyrchu Arnaf I and Achub Fi (Save Me)

Highly original, creatively talented, eclectic and still remarkably young for one who already has awards, and industry plaudits, it has often been remarked upon that Kizzy has the prerequisite talent, style and credibility to follow a similar trajectory of Corrine Bailey Rae, Lianne La Havas and Laura Mvula, three strong, highly individual female artists who struck out and forged their own paths into the worlds musical consciousness, and Kizzy Crawford is without doubt cut from the same cloth.