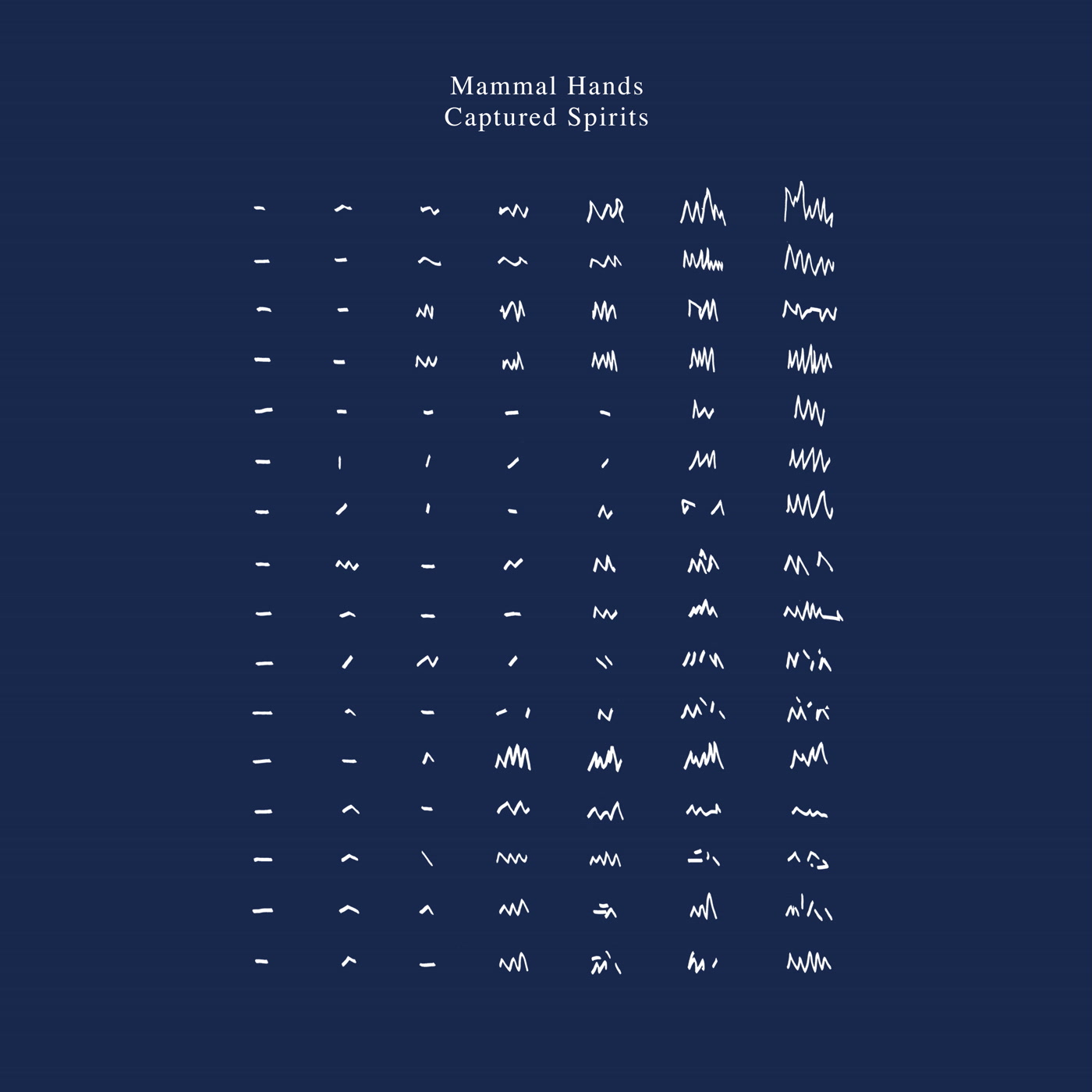 Consisting of saxophonist Jordan Smart, pianist Nick Smart and drummer and tabla player Jesse Barrett, the trio have forged a growing reputation for their hypnotic fusion of jazz and electronica and have recieved glowing recommendations from the likes of The Guardian and Gilles Peterson. Drawing on their love of electronic, contemporary classical, world, folk and jazz music, Mammal Hands take in influences including Pharoah Sanders,Gétachèw Mekurya, Terry Riley, Steve Reich and Sirishkumar Manji.

Teaming up once again with trusted producer George Atkins (Wiley, The Courteeners) at 80 Hertz Studios in Manchester, ‘Captured Spirits’ explores themes including existence and displacement. “The name has multiple readings but was first inspired by something Jordan was reading about past experiences of ancestors being caught and coded into our DNA and having an effect on who you are today. This ties in with themes that we have touched on before relative to identity and the collective unconscious (‘Shadow Work’). It also toys with the idea of feeling contained/trapped and the need to break out of something and also the idea of people being spirits that are “captured” in a body”, says Nick.

Opening with the melodic rhythmic patterns of ‘Ithaca’, the tempo picks up with the mesmerising ‘Chaser’, as heavy percussion and Nick’s frenetic keys draw the listener deep into Mammal Hand’s distinctive soundsphere. North Indian influences dictate the meditative ‘Versus Shapes’ with Jesse’s transcendental tabla playing taking centre stage while the dark and moody ‘Spiral Stair’ relies on a multitude of colliding and intersecting shapes and sounds.

All three members of the band contribute equally to the writing process: one that favours the creation of a powerful group dynamic over individual solos. “I think with this record, there was a strong and renewed sense of collective enjoyment and appreciation for the process and each other’s contributions. After a long period of touring and a slow build up to the actual recording sessions we were able to mull over ideas for long periods, build on lessons from the past and pull our playing connection to an even deeper place. Realising each other’s visions for the whole and clearly understanding how they intersect”, says Jesse.

That vision is also realised by longtime collaborator and artist Daniel Halsall who designed the artwork for ‘Captured Spirits’. His strong instinctive feel for the band’s visual world is a key component to understanding the music. “Our work with Dan over such a long period of time now has become integral to the bands aesthetic and he always seems to grasp the themes and ideas that we send for each album and distills them into something striking and engaging that really complements the music. This is really important with instrumental music, as we need to be able to convey our ideas without being too literal or definitive and give the listeners space for imagination and to take their own journey when they listen to the music and look at the artwork”, says Jordan.

Elsewhere across ‘Captured Spirits’, ‘Riddle’ and ‘Rhizome’ are rich in texture and heavy on groove and both compositions showcase a complex, emotional range and demonstrate three like-minded musicians with a dazzling understanding of jazz, electronica and cinematic rhythms. “Music has the capacity to fill so many spaces in our lives, as I think fundamentally it is a more direct form of communication than even language. In this way it can be refuge, it can be social, it can be revelatory, it can be memory, it can be what we need at a given point in time”, says Jordan.

The high intensity of the trio’s live shows is recreated with the spiritual jazz-influenced ‘Into Sparks’ as Jordan’s sax exhibits an unrestrained energy and freedom but it’s left to ‘Little One’ to bring down the curtain on arguably their most accomplished album to date, a soothing, breezy gift to Jesse’s new daughter.