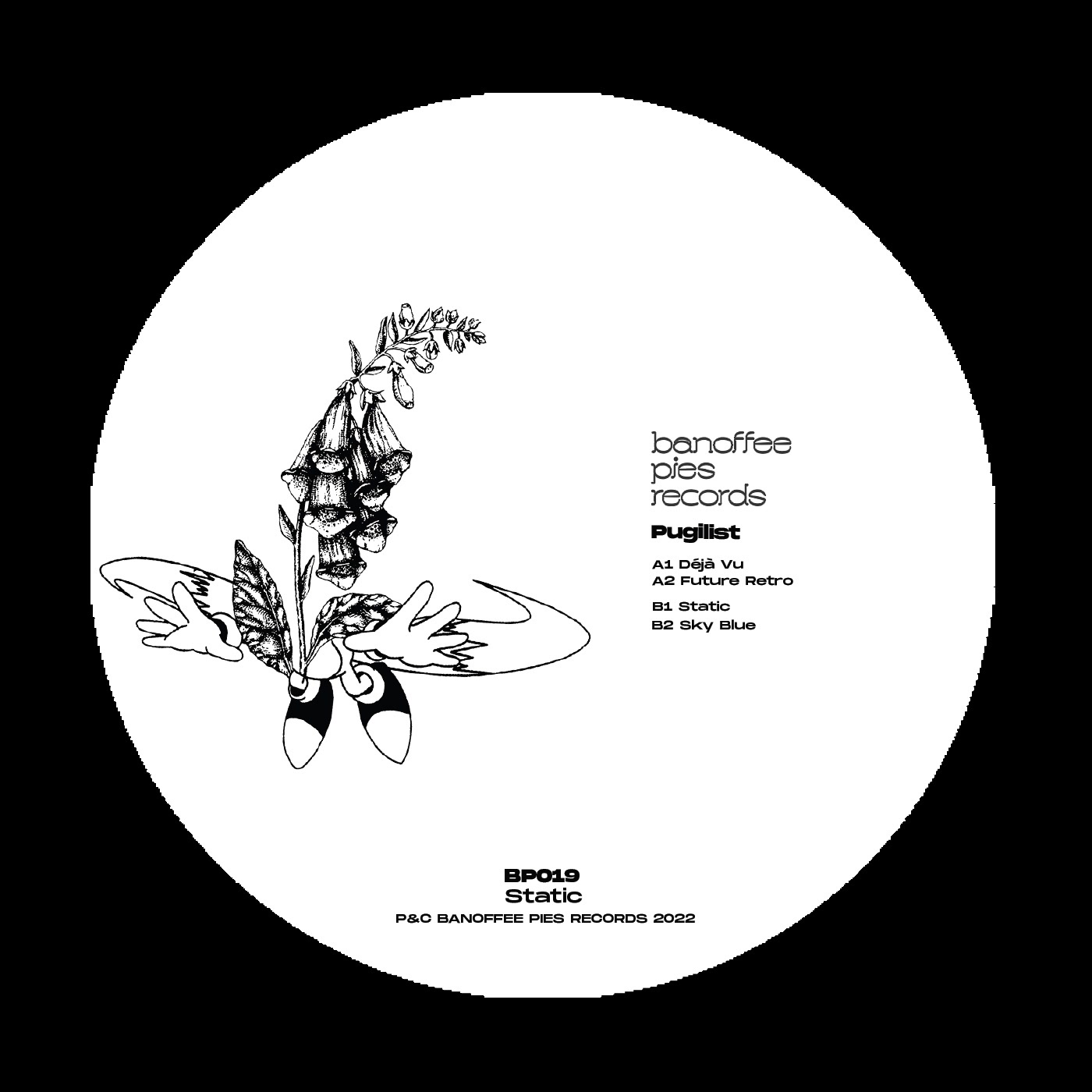 Banoffee Pies Records 19th release in the Original Series lands with a very special solo EP entitled “Static” from Melbourne based Producer/DJ, Pugilist. Alex has been making incredible selections of bass infused, UK and Dub tinged music for many years. A fitting welcome on BPR as the label hits it’s 8 year anniversary since its inception in 2014. The platform continues to evolve with an ever growing number of releases representing different sounds across its sublabels and many blossoming side projects alongside.

To honour the frequent mood changes and feelings of relative isolation experienced in the last 2 years, the A side aims to reconnect those lost moments with “Déjà Vu” & “Future Retro” – both tracks channeling a UK centric sound for the dancefloor and a further proof of the depth and quality found across Pugilist’s back catalogue. The B side flaunts a completely parallelled sound palette with “Static”, a down tempo dubby track partnered by the beautifully stylish “Sky Blue”. A combination of anthems and cloud hopping ballads for the record collectors. Much love, BPR. X