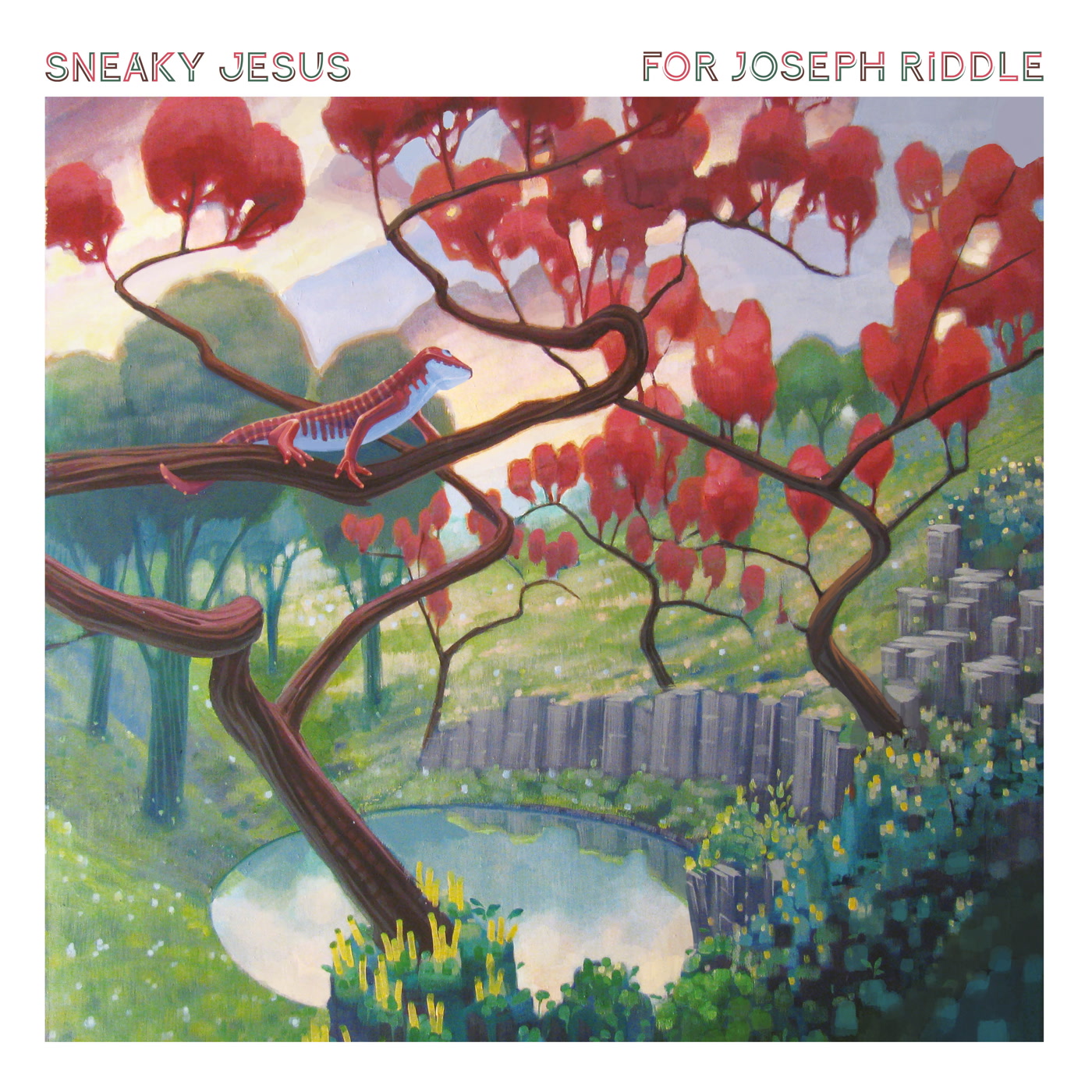 Shapes of Rhythm is thrilled to present a brand new signing with a 50-minute debut LP from young, exciting Jazz quartet sneaky jesus, based in Poland. For Joseph Riddle merges concepts of contemporary Polish Jazz and breakbeat oriented styles of UK and US Jazz with ideas derived from punk and funk.

Matylda Gerber on Tenor and Baritone Sax and Maciej Forreiter on Guitar flow seamlessly between melancholic lines and free jazz expression. Beniamin Łasiewicki on Bass with Filip Baczyński on Drums anchor the improvisations and take unexpected dynamic turns. The quartet was joined in the studio by wonderful musicians and friends Michał Szczepaniec on Percussion, Wiktor Maternik on Trumpet and Mariano De Ona Martinez, who supports the harmony on Electric Piano and Synths and helped with the final arrangements.

The sound spectrum is vast. The opener Bugs relies heavily on steady breakbeat rhythms and hard bop-ish horn lines and features a Spanish-sounding Trumpet solo from guest Wiktor Maternik. Józek Zagadka is spacious, melancholic and minor despite frenetic and mutating drumming from Baczyński and Forreiter’s vamping distorted guitar textures. Battledance is confrontational and features Gerber’s primal Baritone rallying cries, whilst Łasiewicki’s bassline works nimbly around the elements. You can just picture the stand-off. Minneapolis – Police Game highlights the group’s musical standpoint on widespread police brutality and isFor Joseph Riddle’s standout. At around 25 minutes long, it’s so long it had to be split across the LP vinyl edition. A story in three parts and featuring by Baczyński’s frenetic drum solo, the composition started as a reaction to protests happening in USA after the murder of George Floyd, but in time gained new meaning to became a reflection of women’s marches still happening in Poland.

With today’s young Jazz landscape dominated by spiritual, soul and fusion, sneaky jesus don’t take the obvious turn or jump on the bandwagon. They bring the skronk and go for themselves. For Joseph Riddle is raw, discordant in parts and the group aren’t afraid to hit a wrong note every once in a while. A brave LP for such a young group. Michał Szczepaniec who guests on the LP and is one half of electronic group Gaijin Blues remarks
‘sneaky jesus are the next EABS.’