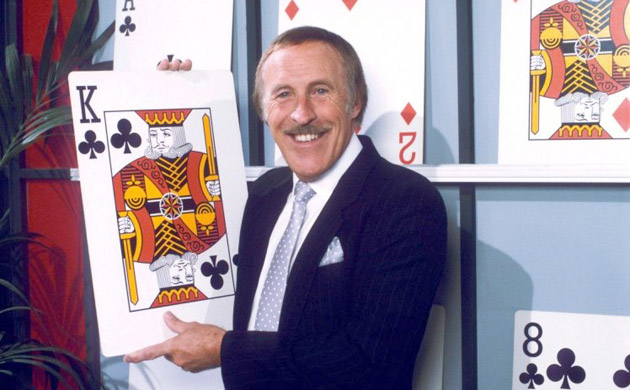 In our recent Record Store Day post, we commented that if we really want to support music retail, we need an all round re-appraisal of pricing and discounts. Sadly, the music industry has an inherent inability to optimise prices.

The current retail landscape
The recorded music market is currently running with two consumption models. We have an ownership model (CDs and a la carte downloads) and an access model (streaming).

This mix is great for the consumer as it provides a real choice;

This mix is also great for labels and musicians;

CDs, vinyl and a la carte digital retail are also accessible business models. Setting up a streaming service requires massive infrastructure, whereas setting up a record shop selling physical vinyl, CDs and a la carte downloads can be achieved without requiring massive start up capital.

While we believe that subscription streaming is a completely viable business model in its own right, we also firmly believe that the best of all worlds is a diverse mixture of consumption models.

However, if we wish to maintain this mix, we urgently need to reconsider the price of CDs and digital album bundles.

The problem we face is that the prevailing price structures we adopt for these ownership formats are unable to react to changes in the overall consumer marketplace.

We have an elastic product crippled by inert pricing.

CD pricing
When CDs first started appearing in stores, the initial wholesale price, or “published price to dealer” (ppd) of a new release was around £7.30. The logic, it would seem, was that a CD should retail for about twice the price of a vinyl album, which at that time was £5.99 (for a very keenly priced new release). So, £12.00 less vat at 15% (the rate at the time), less a 30% profit for the retailer left you with a £7.30 ppd. So, the introduction of the CD effectively doubled the price of our core product.

Fast forward 25+ years and the ppd of a top line major label new release CD remains stubbornly at around the £7.30-£8.20 mark. During this time the cost of manufacturing CDs has dropped to a fraction of what they were in the mid to late 80s.

Enter the Supermarkets
In the late 80s, supermarkets decided to get into the chart CD business. Unlike record companies, supermarkets know ALL about pricing to scale. Record companies were told that the highest retail price to attract impulse purchases of CDs was £7.99 or less. However, rather than reviewing the ppd of CDs, record companies gave supermarkets massive discounts, creating enormous price disparity in the marketplace. You were (and still are) left with a situation where independent record stores can save money by buying their chart CD stock from their local Tescos rather than purchasing direct from a record company or distributor. Price in general, and this disparity in particular, was a significant contributor to the near death of high street music retail.

Download pricing
In the digital “ownership” a la carte world, prices are just as stubbornly static. iTunes launched its service over ten years ago, setting albums at £7.99 and single tracks at 79p, and despite almost all early commentators expecting this price to drop, it has, in fact crept up to 99p and £9.99+.

The original £7.99 top line download album price was chosen by record companies as they felt it needed to be low enough to seem attractive, but not so low so as to cannibalize physical CD turnover. It was not set to extract the greatest value from the market, but to preserve a legacy format, which was itself overpriced.The difference between this inflated album price and the individual track price (which Apple insisted had to be 79p) made the album bundle a poor value proposition, encouraging customers to cherry pick tracks. A quick analysis of our own download stats shows that 2/3rds of the digital album a la carte customer base choose to cherry pick album tracks, buying an average of 1.7 tracks per album bundle, instead of purchasing the full album.

The price conundrum
To the consumer it makes sense for music to have some consistency in pricing. To them, CDs are CDs, downloads are downloads.

However, for ownership models in particular, the situation is very complex. Any CD or digital album releases will be owned by one of thousands of different record companies, all of which are free to set their own wholesale price. Prices for a specific album release might fluctuate a little as one company seeks a competitive advantage over another, but there is simply no market incentive or legal mechanism for the industry to try and grow the OVERALL music market by reducing album prices across the board. While many independent labels and distributors have tried to redress the balance by reducing ppds and increasing discounts to independent retailers in recent years, we really need an overall realignment of pricing if we want to really influence consumer behaviour.

Is a price correction even possible?
First of all, any economic help offered ownership formats must favour the consumer. Disadvantaging one model by withholding or “windowing” content in order to shepherd consumers to a “favoured” model is no way to grow an overall market, and does nothing more than irritate our best customers and encourage piracy.

For record companies to get together and discuss pricing proposals would break competition law, so any possible solution needs to be driven by retail. For CD releases we ideally need some mechanism which can dramatically reduce wholesale ppds, and at the same time reel in discounts. Perhaps a price branding exercise where, to qualify, a new release’s ppd would need to be below £5.00, but where major retail, in return, agree to work with dramatically reduced discounts?

For a la carte downloads, the shift would really need to be driven by the current download market leader. If they can persuade record companies of the need for a correction, then the rest of the a la carte market would certainly follow suit.

Price and value are very emotive topics in our industry. Fears of a “rush to the bottom” and “eroding value” have prevented any proper consideration (let alone consensus) on pricing strategy. We constantly underestimate the mass market potential of music – if priced correctly. We now know from both our experience with piracy and subscription streaming that demand for music is elastic; when you drop the overall price, consumption soars. The question we need to ask is “what is the sweet spot?” Meanwhile, we have recently seen apps market revenue overtake music in the iTunes store. Our real competition comes not from each other, but from Candy Crush Saga and Flappy Birds.

NOTE: “Album sales” only refers to CD and digital bundles. I have excluded vinyl from this post. The cost of vinyl will continue to rise as long as supply is limited and demand is high.