The Shaolin Afronauts – Flight of The Ancients (Freestyle Records) 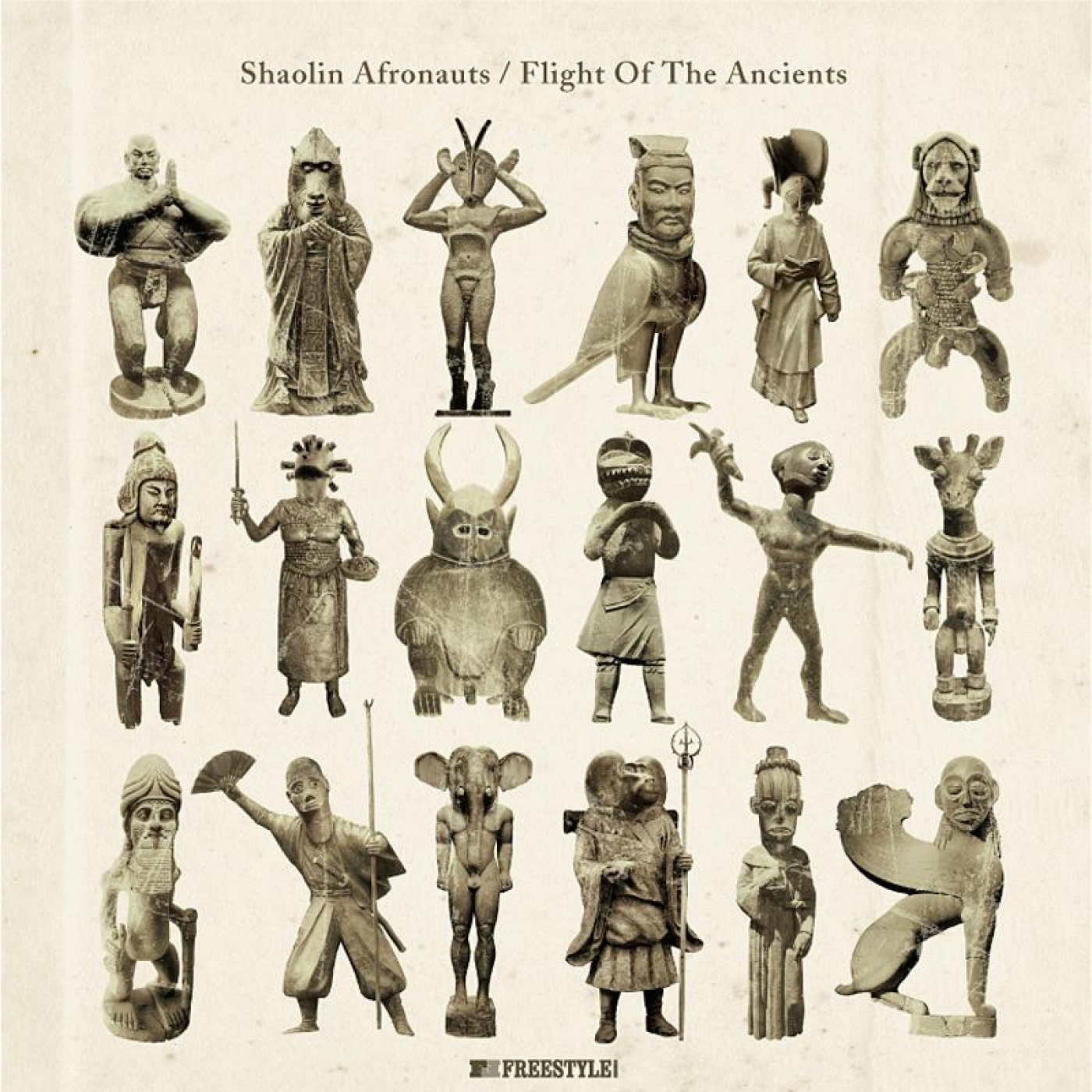 The mysterious afro-soul of The Shaolin Afronauts first echoed across the dance floors of Australia in late 2008. Heavily inspired by the sounds of 1970’s West Africa, Ethiopia and the pioneering avant-garde jazz artists of the same period, The Shaolin Afronauts draw on the this highly innovative and sometimes volatile era in music, using it as inspiration to create music with the same fire and intensity. Though there is something refreshing and original about the Afronauts, their music could be described as somewhere in between the heavy Afrobeat of Fela Kuti and the Ethio-Jazz of Mulatu Astatke. The key to the Shaolin Afronauts unique sound is the line-up, which comprises of a three piece horn section, 5 piece rhythm section and three percussionists, and this polyrhythmic approach layers the groups sound with a mesmerizing and hypnotic texture.

Kicking off with Journey Through Time (also released as the A side of the limited edition 12 inch vinyl single: FSR091) the multiple layers of percussion and rhythms indeed unleash an unstoppable groove, which is nicely balanced against the albums slower, more introspective moments, such as Rise With The Blind which along with haunting, mellow Scarab prove that contemporary afrobeat rooted music doesn’t always have to be an unrelenting, uptempo assault on the senses and can provide moments of sheer beauty and reflection.

This added element of subtlety sets The Shaolin Afronauts music apart from much of the recent crop of other bands with similar influences, That said, these guys are still a collective capable of burning some stone cold classic and killer grooves, The Shaolin Afronauts are the band to watch out for in 2011! .