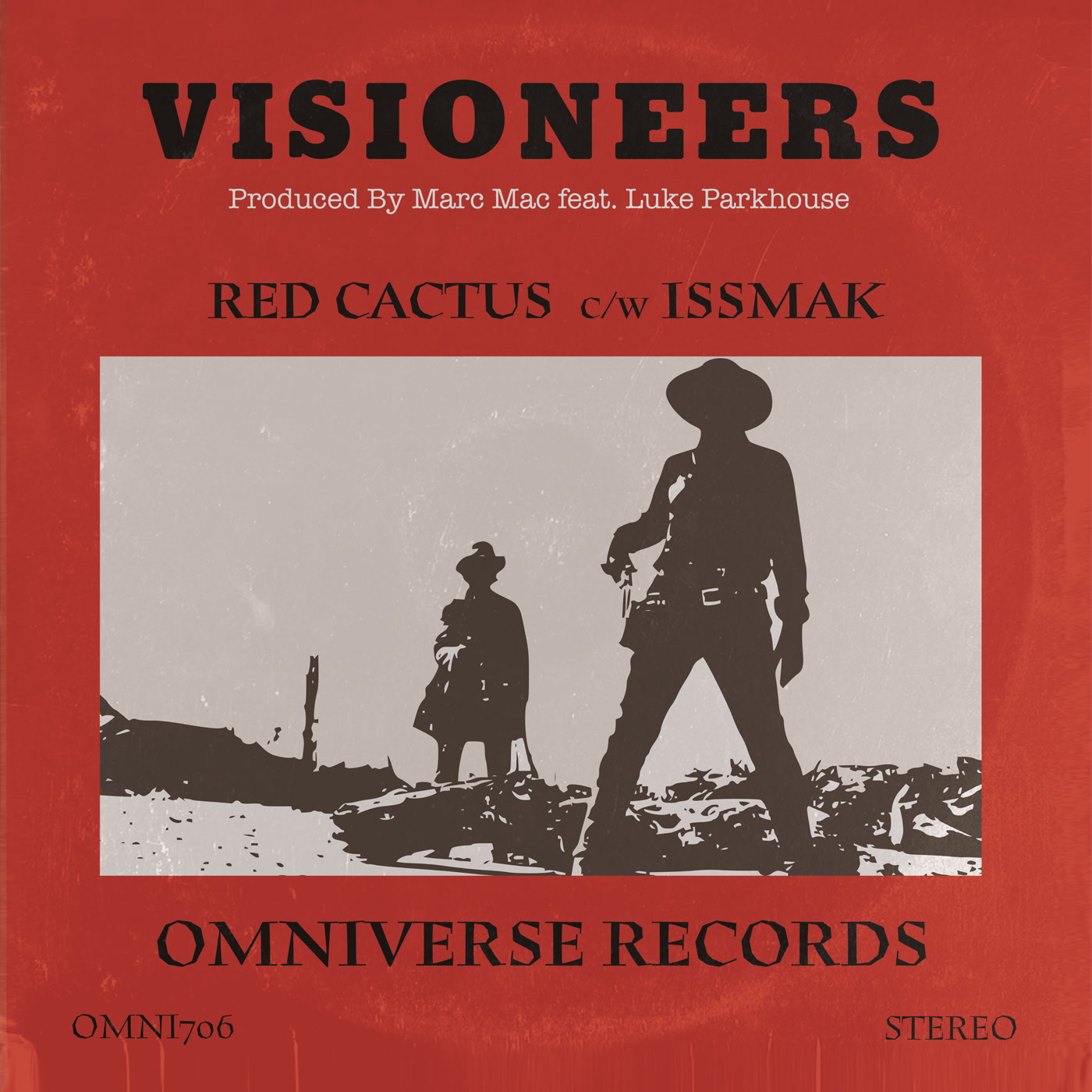 Boombox and Lino time. Visioneers hit hard with this straight up B-Boy Funk 45. No messing around, heavy breaks, percussion, funk bass and fuzz guitars, produced by Marc Mac. Red Cactus was originally composed by Marc as a battle track for B-Girls Terra & Eddie, “the track was inspired by the Babe Ruth spaghetti western classic “The Mexican” and Issmak is a soup-up, funked up version of the Apatchi Band’s 1973 underground smoker.

Marc Mac’s Visioneers project featuring Luke Parkhouse (drummer from the 4hero team) and guests are warming up for the long awaited new album release, in the works for end of this year. And Ya don’t Stop!