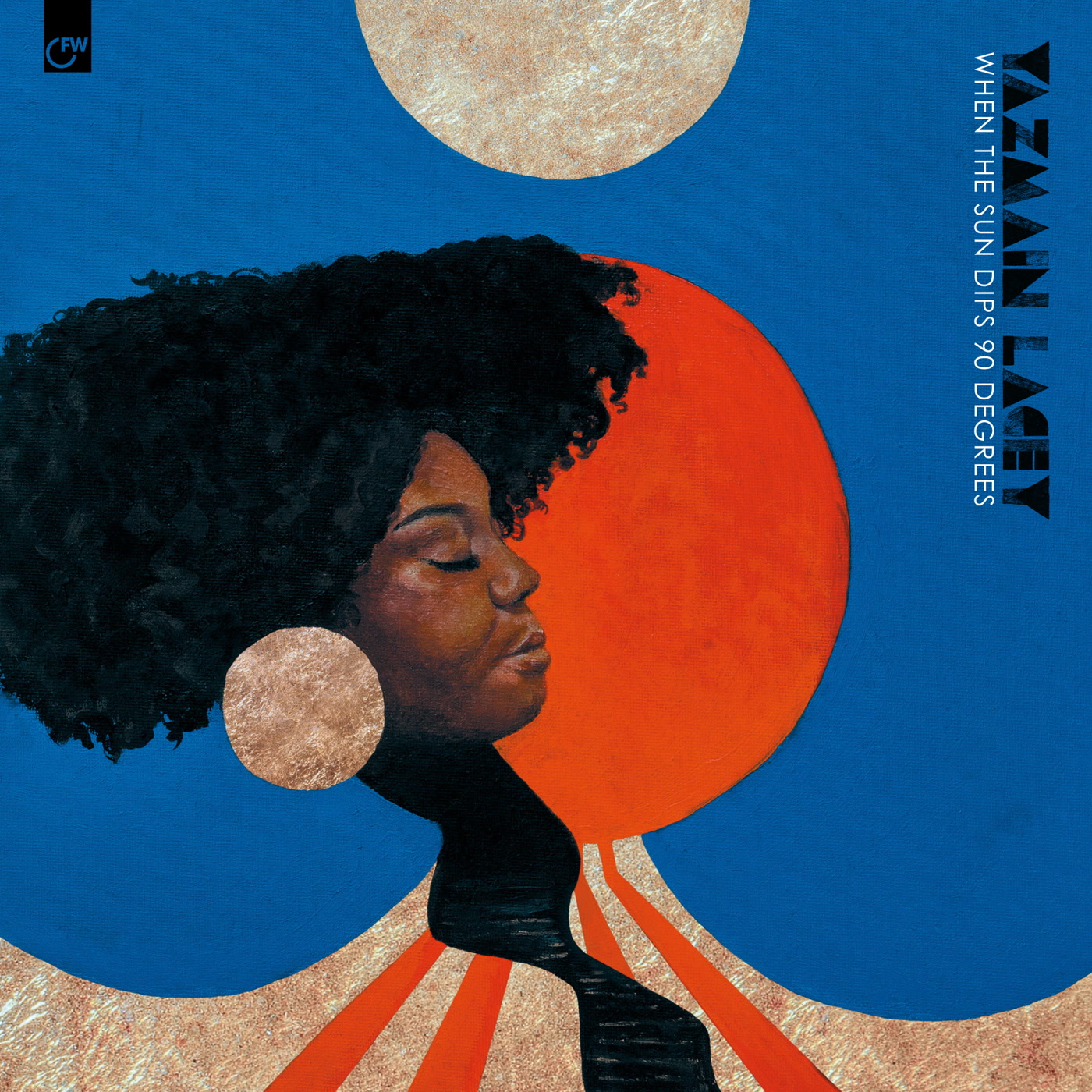 First Word Records is very proud to present a brand new EP from Yazmin Lacey – ‘When The Sun Dips 90 Degrees‘.

This EP follows on from her two recent singles, ‘90 Degrees‘ and ‘Something My Heart Trusts‘, both of which are included here, along with three previously unreleased tracks, ‘Heaven‘, ‘Body Needs Healing‘ and ‘Burn & Rise‘. This set illustrates again Yazmin’s candid songwriting delivered in her uniquely laidback soulful style, whilst a glorious fusion of neo-soul and jazz performed by Pete Beardsworth and her trusty band rides throughout.

In recent times, Yazmin has made live appearances on Jazz FM, BBC Radio 4, 1Xtra and NTS, & received widespread acclaim across the airwaves, including BBC Radio 2, BBC 6 Music, Worldwide FM and Mi-Soul, plus Spotify love from the likes of The Independent and heavy support from DJs such as Gilles Peterson, Jamz Supernova, Tom Ravenscroft, Huey Morgan and Jamie Cullum. Yazmin appeared heavily in The Guardian / The Observer’s recent extensive feature on the UK’s new Jazz movement too.

Initially a Brownswood ‘Future Bubbler’ graduate, Yazmin self-released her debut EP, ‘Black Moon‘, last year. This lead to a Maida Vale session late 2017 with Jordan Rakei, Moses Boyd, Oscar Jerome and now label-mates, Children of Zeus. She kicked off the year with a performance at the Worldwide Awards with Skinny Pelembe, and has recently done shows with artists such as Ezra Collective, Tall Black Guy and Fatima. Yazmin has a UK tour scheduled for later in the year, as well as several festival appearances across Europe locked in. There’s a lot more to come from this Notts-based Londoner yet.

In Yazmin’s words: “‘90 Degrees‘ is about that time of the day / night when there’s a shift in pace and energy. When you decide to lock off from the ‘outside’ world and create your own atmosphere, take some time to give thanks for what’s breathing love into your life and smoke off the fuckeries. Everyone needs a little routine for self preservation.”